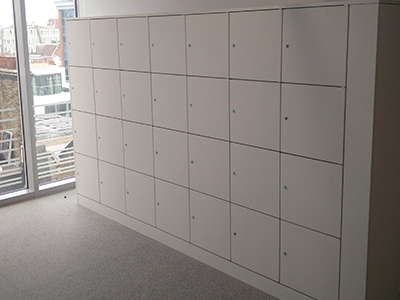 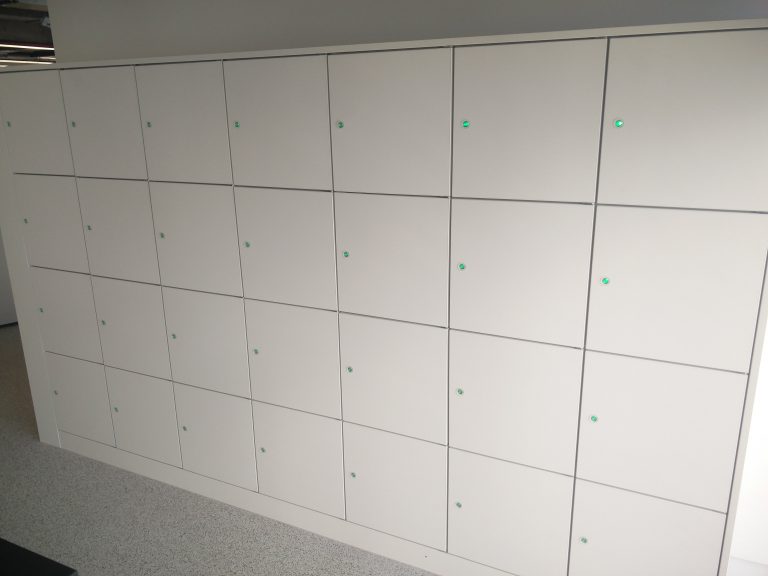 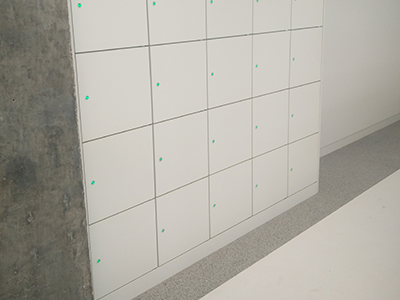 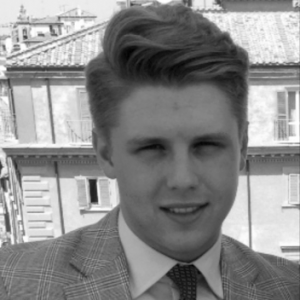 The client was a clothing retailer who was relocating their headquarters, amalgamating a few different offices into a new home on Oxford Street above their new store. Their aim was to fit more people into a smaller space, so they were trying to implement an agile desking policy. They needed a storage solution that would work from day one and going forwards as the company expanded.

While the architects had a great vision for the look and feel, they asked for our expertise on smart storage. If you’re trying to implement an agile desking policy, you can’t have fixed lockers. Typically, architects understand the overall storage requirements, but are used to saying, ‘You need this amount of storage and you need it there’ and getting it in any way they can.

Initially a mobile locker solution was specified. This was a shelving unit with a chrome frame, MFC panels, chunky wheels and a key or digital battery lock. The idea was that they could move them flexibly around the building – that was their take on agile. But, you end up with a heavy locker bank on wheels flying around the office, and it’s not smart – you don’t really know if the storage is being used or not.

Once we started to build a relationship with the architects, we explained that Simplicity would allow them to implement their client’s storage in a way that’s complementary to agile working.

After a furniture dealer had been appointed we arranged a presentation with them, the architect and the client. We talked them through what we call the ‘Evolution of Access’ – showing the group various options from keypad to smart locks, so they could understand the benefits and limitations of each.

At our showroom in Canary Wharf they got hands-on with the smart lockers, saw how easy they are for the user, how the app integrates and the management side with the Releezme software that was it. They wanted our top-end smart locker product straight-away. Simplicity+ was right for the project and right for the user, so it was just a case of getting it in there.

Once the client had confirmed the solution was right for them, we just had to get the drawings and costs approved. As we’d engaged with the project managers at the start of the process, this solution had been budgeted for, even though the client had anticipated they’d only be able to afford a standard key lock.  From that perspective the project was easier to get running.

As a manufacturer we offer architects the flexibility to pick and choose what they want in terms of finishes and sizes, with the added benefit of the solution actually working. They can be nice and fancy because they know exactly what the effect on the costs will be.

The client was investing quite a bit of money in the new space. They had Fenix desk-tops, big acoustic booths, exposed concrete and clean finishes. The architect practice was keen on the lockers having a clean, nice feel to match. We proposed two finishes and provided them with samples, so they could see the edging detail. They went with the more expensive option of the two and chose a white, soft-touch, matte Fenix, which has non-scratch properties.

We drove the conversations with the client’s IT team and those managing the space – explaining what the system could achieve and what the limitations were. We showed the head of IT the software, setting the team up so they could demonstrate the system themselves and play around with it. When it comes to IT you’re always going to have a level of ambiguity between your system and theirs, particularly when the client has new server rooms and systems. So, it’s important that we can do all we can to build those relationships.

Simplicity works with all building access cards. Before installation we asked the internal team for a sample access card to make sure it worked with the lockers. Without getting too technical, this client’s access card had four different codes, so we had to make sure we were referencing the correct one and everything tied up.

When it came to the installation we provided power and data drawings to the IT consultant, who then passed the information to the team on-site, so they could get the services in floor ready. It was important we provided accurate drawings because they had monolithic flooring. If the grommets weren’t in the right place when we got to site, we wouldn’t be able to plug in because we couldn’t get under the floor.

Installing the lockers took around four days in total, and subsequently we ran some training with the team to ensure they could troubleshoot any issues. The client was pleased with the results, particularly with the app and how easy the lockers are to use.

Storage that evolves with your space

The final installation had 196 lockers, while the space included 250+ desks, and agile working zones that provided working space for many more. Initially our drawings were based on 260 lockers – the number the client had requested. But our suggestion was to put in fewer lockers and make use of the reporting side of the system – see where things were and tweak the number along the way if needed.

Now, with our help, the client is using the software to monitor how the lockers are used. Before too long they’ll be re-evaluating what they’re doing – they’ll look to put more people into that space, or use the system in a different building. We’re here to support them with that.

If you’re interested in smart lockers for your retail business, get in touch for a quote.

back to projects
Call us
Email us now